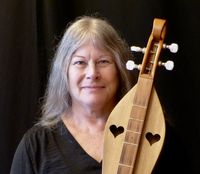 Bangor Symphony Orchestra - From Firebird to the Future

Collins Center for the Arts, 2 Flagstaff Rd., Orono, ME

Pam will be the featured artist, performing Blackberry Winter (Connie Ellison) for mountain dulcimer and string orchestra. There will be 2 other pieces as part of the program, a word premier by Jessica Meyer, and the Firebird Suite by Igor Stravinsky. 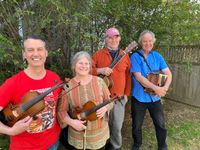 It's Tuesday, and it's Mardi Gras! In place of our usual Mini-concert/Jam session we (T-Acadie) are offering a Cajun music concert/session with our friend Mitch Reed. Originally from Scott, LA, Mitch has played with many Cajun bands, including Charivari and Beausoleil. Mitch moved to Maine a few years ago, and we are thrilled that he can join us for Mardi Gras!

You can join us by going to Pam's FB page (www.facebook.com/pam.weeks.73). If you don't see the video right away, scroll down to the news feed and it should be the top post.

NOTE THE TIME CHANGE! We usually start our jams earlier, but to accommodate Mitch's schedule on Tuesday we are starting later and will be streaming from 317 Community Music Center in Yarmouth, Maine.

All sessions are free, but tips are very much appreciated. Tipjar: Venmo @fiddlerpam (phone -7296) paypal.me/whippoorwillmusic or reach out to Pam at fiddlerpam@gmail.com

is an outstanding fiddler, Appalachian dulcimer player, singer, and tunesmith. Pam is fiddler and singer in the Maine-based Cajun dance band, Jimmyjo & the Jumbol'Ayuhs, sings and plays several instruments in the folk trio, T-Acadie, is fiddler for the Maine contradance band, Scrod Pudding, and performs solo or with guitar player and caller Bill Olson. (Look under "Links" for more info about the bands.) She is an accomplished tunesmith and has composed scores of tunes, from lively jigs and reels, to entrancing airs and beautiful waltzes. Many of these tunes have been picked up by other musicians and are played throughout the U.S.and abroad. Pam began playing guitar and piano during high school in NY state. After moving to Boston to attend the BU School of Music and study voice, she picked up fiddle and mountain dulcimer, became a street musician, and worked as a singing waitress. Her early musical influences and teachers include Allan Block (fiddle), Lorraine Hammond (mountain dulcimer), and Donna Hebert (fiddle). After moving to Maine in 1985, Pam started playing for contradances and quickly became one of Maine's most sought after dance musicians, fiddling in old-time, New England, and Quebecoise styles and showing a flat-picking dulcimer style that really gets everyone going. She was a founding member (along with hammered dulcimer player Deb Suran) of the contradance band, Yankee Exchange, whose mission was to bring American contradancing to Soviet Georgia. When the USSR dissolved, so did the band and she joined Scrod Pudding. She started the trio T-Acadie with Bill Olson and Jim Joseph in 1997, and Jimmyjo & the Jumbol'Ayuhs was begun by her and Jim Joseph in 1999 after a trip to the Augusta Heritage Center Cajun Week in West Virginia. Pam has toured throughout the U.S. with her bands, playing for contradances in more than 20 states and at festivals including NEFFA in MA, The Folk Project music and dance weekend in NJ, the BACDS Dance Camp at Monte Toyon, CA, and the December Dance Delight in NC. She has taught and performed solo at CDSS Pinewoods Camp, the Lone Star State Dulcimer Festival in TX, and Dulcimore in OH, as well as other festivals. She is a juried member of the New England States Touring Arts Roster and MaineArtsAccess, and gives performances and workshops in schools across the region, solo and with T-Acadie. Pam has 3 recordings of her own: "Hear the Whippoorwill Sing" (1985),"Waiting for the Perseids" (1999), and "The Trestle Bridge" (2002. She has recorded one album with Scrod Pudding, "Food for Your Feet"(1995)and has a newly released album with T-Acadie. Hot off the press, "T-Acadie: By the Sea" brings the listener to the coast of Maine with a fine mix of sea shanties and Acadian fiddle tunes, with a little old-timey and Cajun music to spice things up! She was also featured on the Boston Street Musicians recording, "Music in the Air" (1985), and on numerous recordings by other artists. Pam's recordings include many of her own compositions and clearly highlight her musical virtuosity and versatility. Her solo CD, "The Trestle Bridge", showcases her on mountain dulcimer playing Irish, Scandinavian, French Canadian, Southern old-timey, and original music. Pam teaches mountain dulcimer, fiddle, viola, cello, guitar, sax, flute, piano, celtic harp, and voice at her studio locations at the Leavitt Institute Building in Turner, ME, and at Bath Dance Works in Bath, ME, and through 317 Main Community Music Center in Yarmouth, ME.